Board Details and Roster

The purpose of the Audit Committee is to assist the City Auditor and advise City Council on matters relating to the City’s fiscal soundness, compliance with legal and regulatory requirements, management of the citywide risk environment and performance of internal and external auditors. The Audit Committee may, at the specific request of the Mayor or Colorado Springs Utilities Chief Executive Officer and other, provide assistance or advice with the approval of City Council.

Number of Members: The Audit Committee will be composed of at least two members of City Council and three members from the business community. 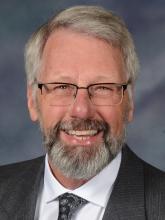 Tom Strand, a retired military officer, has been a leader for more than 30 years. In the U.S. Air Force, he was the senior lawyer and commandant of the Judge Advocate General (JAG) School in Montgomery, Ala.

After retiring from JAG, he returned to Colorado Springs in 2005 and served his community by participating on numerous committees, councils and commissions, including the District 11 Citizen’s Bond Review Committee. He also served as vice president and president of the District 11 Board of Education.

Currently, Tom is serving as treasurer on the Global Village Academy Charter School Board, a K-8th grade language immersion school, volunteers as a business mentor with the Colorado Springs Service Corps of Retired Executives (SCORE) and as a facilitator for the Food 4 Thought organization. He has also served as treasurer for the Trails and Open Space Coalition (TOSC), and as chairman of the Colorado Springs Human Relations Commission and as a board member of the Pikes Peak Restorative Justice Council.

Tom and his wife Shannon have two daughters and a son, and five grandchildren.

When not working for the City or volunteering, you’ll find Tom and Shannon enjoying our beautiful outdoors—hiking, biking, fishing and playing golf. 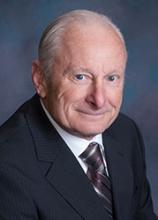 Bill Murray served in the U.S. Army as an intelligence officer, retiring as a colonel in 2004. For his more than 30 years of military service, he was awarded the Legion of Merit, the Meritorious Service Medal with (2) Oak Leaf Clusters, the Joint Service Commendation Medal and the Army Commendation Medal with (5) Oak Leaf Clusters. By agreement of the signers of the Camp David Peace agreement, Bill became the first and only U.S. officer to serve as the provost marshal to the Multi-National Force and Observers, Sinai, Egypt. Bill was promoted to full colonel aboard the USS Constitution and his promotion on board is part of the prestigious ship’s log.

During his military career, Bill was assigned to Peterson Air Force Base/Information Operations, as a cyber exercise planner. He also served as a senior intelligence analyst for the Pentagon and as a senior intelligence analyst for the Department of Defense in Afghanistan. Bill and his wife, Susan, retired to Colorado Springs in 2008. Susan’s family has resided in Colorado Springs since 1970, where her father served his terminal assignment in the U.S. Air Force as command chaplain for NORAD (North American Defense Command), and after his retirement, helped establish Sunrise United Methodist Church in Briargate.

When not reading The Economist, playing Sudoku or tracking the latest technology trends, you’ll find the Murrays traveling the world — Bill has hiked the Inca Trail to Machu Picchu, climbed Mount Kilimanjaro, dived with turtles in the Galapagos Islands and sailed to Antarctica.

Dr. Brian McAllister is an Associate Professor of Accounting in the UCCS College of Business. Brian is also the Faculty Director of the UCCS Master of Science in Accounting program. Brian previously worked as an auditor for the Colorado Springs office of BKD, LLP. Brian currently teaches financial accounting at UCCS as well as in the CU Executive MBA program. Brian has published numerous articles in the areas of governmental and not-for-profit accounting, financial accounting and auditing.

Past Agendas and Minutes